I just remembered! It is February 29th, a day that happens every four years!

Ellie felt awesome. It was a warm sunny day, and she was on her way to the playground to play! Ellie can barely contain her excitement.

After a short 10 minutes, Ellie finally reached the playground. She squealed and ran towards the swing. But before she reached it, Ellie stumbled and fell! Oops! Ouch! But Ellie was a big girl, so she got up and pretended nothing happened.

When Ellie got up again, she saw at the side of her eye something shiny on the ground. Humph. Probably a rock that tripped her. But Ellie still decided to get a closer look.

Ah! It was no rock at all! It was a beautiful bracelet, made with glimmering rainbow beads with stars. Ellie loved it immediately. She slipped it on her wrist.

Ellie bolted up the stairs the second she entered her house. She was going to hide the bracelet.

Just then, Ellie’s mother entered her room. In a rush, Ellie hid the bracelet behind her back, accidentally hitting her leg by the table. She held back a scream.

“What’s the rush?” her mother asked.

Ellie panicked. Should she lie? If she told her mother the truth, she would make her find the owner and return it. She didn’t really want that.

Hey guys! How do you like this story? Tell me in the comments below what you think Ellie should do.

I think by heart

I have wild hair

Now for the biggest hint:

Learn from yesterday, live for today, hope for tomorrow. The important thing is not to stop questioning.

Tell me in  the comments below who you think this is! Winner gets a shout out! Good Luck.

*This riddle has been solved by Antartica2095 (Good Job, Best Friend!^_^) she deserves…A SHOUT OUT!  Definitely go check out her blog at http://www.starfriends4ever.wordpress.com

This is my favorite Christmas Song.

This is the Piano Version:

I hope you enjoyed this!

Because nobody joined the tongue twister challenge, I would be changing it so there will still be Shout Outs given.

Now, two bloggers also gave two other tongue twisters for me to try.

Tongue Twister from iamabloggertoo:  She sells seashells on the sea shore.

Hey Guys! This is the contest for February, Your Valentine.

How many valentines did you get on Valentines Day? Tell me in the comments below! And no cheating!

The peoples that are in 1st, 2nd, and 3rd get shout outs! Sweet, Valentine shout outs! 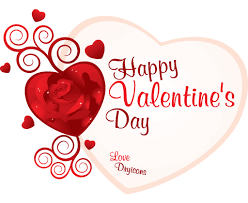 I will be writing stories and other stuff on my blog from now. Well, unless I get grounded again. LOL.

Oh, right! I still need to do Past to Future Part 4! and The Quest for the Three Fairies! Dang, and I can’t forget the contests! And the challenges! And the…!